Have a question? Give us a call at 770-587-9300, or you can contact us for more options to call or email and we will contact you right away. 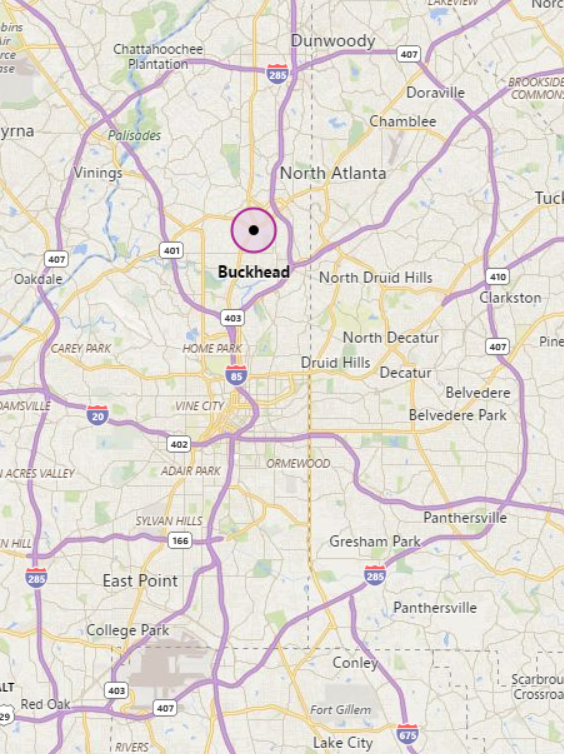 Today, Buckhead is considered the jewel of Atlanta, a mecca of internationally famous shopping, fine dining, and one of the most exclusive zip codes in the South. “Where old money lives and new money parties,” was famously coined by the Atlanta Journal-Constitution.

Search Properties FOR SALE in Buckhead

Search Properties FOR RENT in Buckhead

The area was originally called Irbyville after the Irby family, who owned the majority of the land in the area and the local tavern/general store, located on the corner of Roswell Road and West Paces Ferry. The community was later dubbed “Buckhead” after someone shot a buck and hung the head on a tree outside the family’s tavern, making it a famous landmark.

Luxury high-rise apartments and condos attract young and successful up and comers – while Atlanta’s old money can be found tucked under the canopy of Paces Ferry Road, home to some of the city’s most opulent mansions. Buckhead’s central location makes it prime real estate, both residentially and commercially. Five star hotels like the Ritz-Carlton and The Westin are walking distance from the city’s premier shopping spots — Phipps Plaza and Lenox Square Mall.

The combination of Buckhead’s energetic shopping and business district with the elegant estates that look like they were ripped right out of Architectural Digest, lend to its appeal. One of the most famous and recognized landmarks in Atlanta is in Buckhead — Swan House, the architectural majesty at the Atlanta History Center. The elegant mansion was designed by famed Atlanta architect Philip Trammell Shutze for the Inman family, heirs to a cotton brokerage fortune. The Georgia Governor’s Mansion is also located in Buckhead.

According to Forbes Magazine, Buckhead is home to the 9th wealthiest zip code in the nation (30327), with a household income in excess of $341,000 per year. The Robb Report magazine has consistently ranked Buckhead one of the nation’s “10 Top Affluent Communities.”